2016 was quite a year… Crazy decisions aside, it was a fantastic year for Stand Agency and we are so proud of the results we achieved for our clients we thought we’d take a little time to reflect on just a few of our favourite bits of coverage…

The Evening Standard: Secrets of my Success: Mark Horgan, Chief Executive of Moneycorp.

This piece of coverage in the Evening Standard is one of our favourites because it puts a personal spin on a business story and focuses on Mark Horgan’s experiences as moneycorp’s CEO, sharing some golden nuggets of wisdom with readers.

We are so proud to have secured a 20-minute slot for Contact the Elderly on ITV’s This Morning. The piece really showed the difference the monthly tea parties make to the lives of older people and the response to the feature was incredible. There were over 80 enquiries to the charity’s central office in the space of an hour, 190 applications to volunteer in one day (nearly 20x the normal figure) and 30 older guest referrals and applications. We devised the ‘Be Our Guest’ campaign to reach some of the loneliest older people in the country, and this definitely helped.

We absolutely loved this piece of coverage in Stylist for The Reading Agency and it was great to see our poll results on the nation’s favourite character featured in such a fun way! The Reading Agency was keen to reach out to new and different audiences and this piece certainly achieved that. The poll was part of the Summer Reading Challenge which aimed to get children into libraries to see how reading can be accessible and pleasurable to people of all ages. We also secured coverage in Cosmopolitan, The Guardian, The Mirror, Yours Mag and Waitrose Weekend Mag.

We truly believe in the value of older people, and secured 8 minutes of live TV on BBC Breakfast for our Standing Up 4 Sitting Down campaign.

Our aim was to create awareness about the importance of providing seating and ‘resting spots’ for older people in shopping areas and ultimately encourage them into our high streets and shops.

Alongside this breakfast TV coverage, we secured a total of 248 pieces of coverage for the campaign (and counting), including The Daily Mail, The Telegraph, and BBC online.

There was a 20% increase in google searches for the term ‘anchor care’ during the week of the campaign and social engagement on Facebook and Twitter increased by 25x usual levels.

Support for the campaign was given by six cross-party politicians including George Osborne and Luciana Berger, and retailers including Morrisons, Tesco, Debenhams and many independents have committed to providing seating for older shoppers.

The Duke of Edinburgh’s Awards 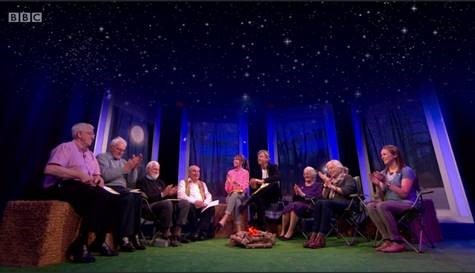 We secured 10 minutes on BBC’s flagship magazine programme, The One Show, to highlight the 60th anniversary of The Duke of Edinburgh’s Award and promote the DofE Diamond Challenge. Visits were so high to the DofE’s website during our segment that it crashed the site and more than 400 people signed up to complete a DofE Diamond Challenge during the week following the broadcast.

Solicitors for the Elderly

City AM: Online lasting power attorney numbers are on the up

Our campaign, the ‘Hidden costs of DIY LPAs’ secured lots of coverage but we particularly liked this piece in City AM. Our aim was to ensure consumers were making informed decisions when creating a Legal Power of Attorney, a powerful document setting out your wishes should you lose the capacity to make your own decisions.

The highlight coverage for Oliver Wyman has to be this piece featured in The Guardian, penned on behalf of Oliver Wyman’s UK Head, Rebecca Emerson. The topic of gender equality in boardrooms is widely discussed, but with our fresh approach we cut-through in an extremely competitive space and demonstrated how our client is a thought-leader is in this area.

In September we supported children’s charity Barnardo’s with the launch of an inspirational new ad campaign that marked its 150th year. Through creating a news story reflecting the core message of the importance of believing in children, we secured more than one hundred pieces of coverage for the charity, including in the Evening Standard and Metro. We also had an impressive number of celebs join in our social sharing campaign to thank those people that believed in them. Since then, we’ve also bagged some of the best profile slots out there for Barnardo’s CEO Javed Khan, including prime spots on BBC Radio 4.

Never ones to shy away from a tough brief, we secured coverage on the Mail Online as well as Cosmopolitan to highlight the little talked about issue of constipation. Our aim was to raise awareness of what healthy looks like, so people understand what support is available and seek help if they need to.

Cosmopolitan: 10 things your doctor wants you to know about your poop

Daily Mail: Survey reveals a third of us have no idea what a ‘normal poo’ looks like

Here’s to lots more #CrackingClientCoverage in 2017!