The Duke of Edinburgh’s Award

We launched the DofE’s 60th anniversary with a bang

To commemorate the DofE’s Diamond Anniversary, we launched the DofE Diamond Challenge – a year-long campaign encouraging people of all ages to try something new and raise funds for the charity.

Our approach
We created a star-studded media stunt in Covent Garden. Famous faces like Davina McCall and Julia Bradbury, scaled a 24-foot climbing wall in the iconic market.We created a range of media opportunities after the launch to keep people talking about the DofE and taking on the Diamond Challenge.

The results
15 pieces of national coverage, including Sky News, Good Morning Britain, Evening Standard and the I; 205 pieces of regional coverage. The impressive coverage continued throughout the year with a further 80 media hits, including a 10-minute segment on BBC’s The One Show and a DofE-focussed episode on BBC One’s Countryfile. Over 15,000 people signed up to take part in the Diamond Challenge with more than £1M raised. 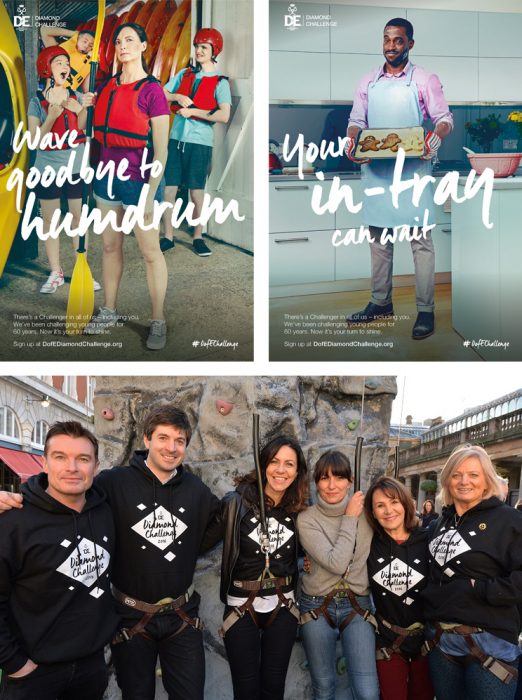 Stand has been brilliant at helping us develop our programme of Diamond events in a way that maximises publicity yet still gets across our key messages. The team has also worked around the clock to secure both high quality and broad reaching coverage, grabbing the attention of our diverse audiences. We’ve been lucky to find an agency that mirrors our way of working and has literally been an extension of our core team. We’re looking forward to a successful year working together.