US Vogue is featuring AI influencers in its September issue, which has provided the perfect excuse to talk about one of the stranger trends to come out of Instagram, and my latest obsession, Lil Miquela – the AI influencer that has garnered 1.3 million followers on Instagram.

If it sounds like I’ve been bingeing episodes of Humans or Netflix’s Altered Carbon¸ you’d be forgiven. To explain, AI influencers claim to be Instagram personalities run by Artificial Intelligence. US-based software developers, Brud, are responsible for creating the three most followed personalities – Lil Miquela, Bermuda and BLAWKO.

The jury is still out on whether these accounts are run by AI, or if it’s just a very effective ploy to capture the attention of sci-fi lovers on social media. However, with millions of followers, commercial partnerships with fashion brands such as Prada and Supreme, YouTube channels, music released on Spotify, and supporting political movements such as #blacklivesmatter, paying attention to these bots is worthwhile.

Bermuda always includes the hashtag #literallyperfect in her posts, which is painfully on the nose. These avatars are designed so that the clothes they advertise fit better than any tailor-made suit could do for us humans. Everything is programmed to perfection, meaning commercial partners have complete control over the influencer post and content. You can see why it would appeal to a client. 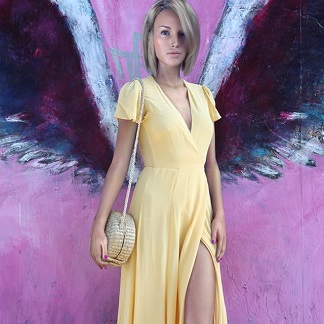 However, in a world where social media is berated for perpetuating unrealistic lifestyles through artfully curated feeds, has innovation gone a step too far?

Working with influencers for clients, our primary goal tends to be to use the influencer’s platform reach a new audience. This works because influencers tend to be trusted advocates that are more relatable than an advert. In contrast, Lil Miquela looks like a Sim, so wouldn’t exactly fit into the relatable category. I literally can’t aspire to be like her because the images that she shares are never going to be something I can achieve. And I usually wouldn’t recommend a client investing money with an influencer that could alienate their target audience.

Saying that, could the inaccessibility of their image take the burden off us from emulating influencers we scroll past? There’s an element of relief in not being able to be like her that makes me even more intrigued by the content that she shares. With stories of generation Z turning away from social media because of the negative impact it has on their self-esteem, do images that we physically cannot aspire to create stop us from even trying? I wouldn’t ever try and copy Miquela, but I do want to know what she’s sharing.

Cutting through the noise is hard when you’re competing with billions of people in a newsfeed. But people stop and take notice of AI influencers because they are different, and there remains an air of mystery around them. There’s also the irony of having an influencer whose hair has been designed, not grown, recommending hair oils to her followers. But I still remember the brand (Ouai) because of it.