Like Christmas, Valentine’s Day, Easter, and Father’s Day, International Women’s Day has become an annual calendar event that brands love to get behind.

Is this ok? It’s debatable. But there’s no denying it’s the world – and industry – we live in.

It’s to be accepted as long as, sitting alongside each company’s pretty Instagram post and PR stunt, are meaningful measures to facilitate gender equality.

As long as the marketing doesn’t over-commercialise and never takes away from the important message behind International Women’s Day – to celebrate the social, economic, cultural and political achievements of women and call for gender equality.

Luckily, it seems many brands are savvy to the fact that any hypocrisy will be called out in a flash and have got their International Women’s Day celebrations right this year.

Easyjet
Back in December Easyjet pushed a recruitment drive to see more female pilots and set a target of a 20% increase by 2020. By operating a flight with an all-female crew, today’s quick and easy stunt further illustrates their ambition to see change happen. 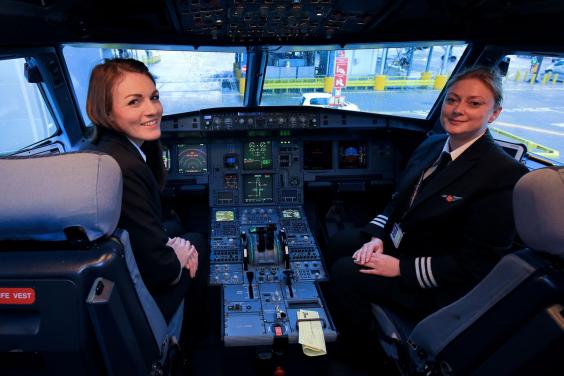 Smirnoff
Drinks giant Smirnoff has teamed up with VICE and a number of music companies to kick off an inspiring three year gender equality campaign called Equalising Music. With a focus on electronic music, it aims to shake up the fact that women make up just 17% of headliners at electronic music events and 5% of music producers. This is definitely a campaign we can get behind.

Tinder
Moving on from chatting for hook up purposes, Tinder is inviting women to communicate with one another with a fashionable art installation on London’s South Bank. With help from Lily Cole, Tinder is asking women to leave an inspirational message in exchange for taking one themselves. Over in the US, Tinder is donating $250,000 to women’s causes through the social campaign #FundHerCause.

Benetton
This beautiful ad was launched in India earlier this year and is being rolled out for International Women’s Day. #UnitedByHalf looks at gender stereotypes in India as it calls for equal pay and equal access to all that men have.

One
The charity One has launched #GirlsCount, a smart digital campaign asking the public to claim a number between 1 – 130 million and record themselves saying it out loud. The results are to be turned into the longest ever film that highlights the 130 million girls that are out of education. It offers the chance to be part of a global campaign with one easy upload, we love it.

Avon
Official IWD partner Avon has teamed up with the domestic violence charity Refuge to release new insight on abusive relationships. As well as funding the research, they’re donating a hefty £250,000 to the charity. 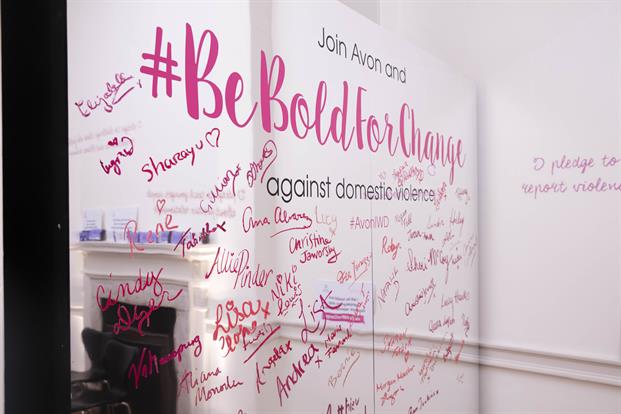 Here goes out to the brands jumping on International Women’s Day not just as an excuse to flog their products but to actively join the fight for equality.