Since around October last year, Nigeria has been in a state of political crisis due to citizen revolt and ongoing protests regarding the #EndSARS campaign. The campaign began, intending to end police brutality in Nigeria, but has since expanded to challenge some of the country’s other issues such as corruption, poverty, and injustice.

Being of Nigerian descent and having family and friends that currently live in Nigeria, the #EndSARS campaign has been a huge topic of conversation, especially in light of the Lekki Bridge Massacre where dozens of peaceful protesters were murdered by the government on 20 October 2020. These events led me to start thinking of the key role that social media played in Nigeria’s #EndSARS movement.

Over the past decade, we’ve witnessed the powerful effects of the internet and social media. Similarly to how social media was used in the Arab Spring, during the #EndSARS movement, Nigerian activists used Twitter (and other social media platforms) to raise awareness, mobilise protesters, and discredit government propaganda through real-time information and citizen journalism. The campaign’s use of digital activism allowed it to scale up quickly, resulting in a large amount of publicity and international coverage.

The events of the ongoing ENDSARS campaign have made it difficult to ignore the ambiguity of social media usage in social movements in non-Western settings. The #EndSARS hashtag was first used in December 2017 by Twitter user @Segalink, when an open call was made for Nigerians to protest police brutality and demand for the dissolution of the Special Anti-Robbery Squad (SARS) – a unit of the Nigerian Police Force that has gained notoriety for its repeated human rights abuses.

Until the 5th of October 2020, much of the campaign occurred online, under the hashtag, #EndSARS, but as soon as a video of the squad murdering a young boy went viral, Nigerians all over the world, including myself, banded together to protest both online and offline.  Since then, the campaign has received significant international coverage and publicity, resulting in the Nigerian government disbanding the unit.

During the ENDSARS campaign, we have seen the integral use of collective and connective action by activists, however, we have also seen the Nigerian government use social media to counter these efforts, calling into question the effectiveness of social media in fostering political reform within Nigeria’s anocracy and third world countries.

The use of mass protesting and digital protesting through social media platforms, predominantly Instagram and Twitter have given Nigerians all over the world a voice that has ultimately disrupted the country’s culture of deference. However, the government still hasn’t reasoned with its people, resulting in little change. These events have made me question the effectiveness of social media in fostering political reform.

In June earlier this year, the Nigerian government accused Twitter, of facilitating ‘activities that are capable of undermining [its] corporate existence’. Their statement came two days after the social media platform removed a controversial post made by Nigeria’s president, Muhammadu Buhari as the statement was deemed to have violated Twitter community guidelines.

END_OF_DOCUMENT_TOKEN_TO_BE_REPLACED

Britain is the birthplace of the industrial revolution – and despite the challenges presented by global and domestic events such as Covid-19 and Brexit, for many manufacturers, the past year has presented opportunities to diversify and grow their business.

One of the silver linings of such a difficult 2020 is that we have been forced to look at what we can produce a little closer to home. Supply chains are becoming more centralised as companies have been encouraged to innovate and create better ways of sourcing products, ethically and locally.

Recently, we sat down with John Pearce, CEO of Made in Britain, a not-for-profit organisation that supports British manufacturers under a single, registered collective mark.

John talks about the role of the manufacturing industry in reaching the country’s net-zero target, how we can encourage more people to buy British, and why becoming fairer and more ethical are key factors in the future success of British manufacturing.

END_OF_DOCUMENT_TOKEN_TO_BE_REPLACED

For the first time in history, the 1st – 7th of February 2021 is being observed as Race Equality Week, here in the UK. A time where organisations and individuals across the UK, unite to address Race in the workplace.

The events of 2020, more specifically the Black Lives Matter movement, coupled with the disproportionate impact of COVID on ethnic minority communities, have intensified public consciousness of race inequality yet, black representation at the top of FTSE 100 companies is at a whopping zero.

The main aim of this initiative is to create a different environment for race relations and improve racial equality in the workplace. One that builds a permanent bridge between decision making and our lived experience. 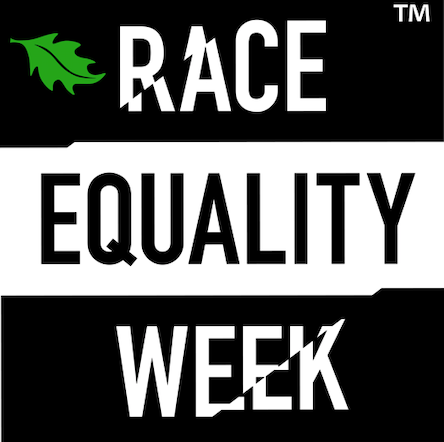 As we near the end of the first Race Equality Week, I wanted to take the opportunity to reflect on my own personal experiences of working in the PR and communications industry as a young black woman, and my personal perspective on the industry’s progress to date towards achieving diversity and inclusion.

Representation of black PR professionals has increased over the last few years, however there is still much more that can be done to remove racial barriers in the industry and attract more ethnic minority talent.

After securing my first role, I learnt very quickly that as a young black woman, I had to adopt a work personality to survive in the workplace, as there were not many individuals who I could identify with. I have always appreciated the importance of networking, but I found myself looking for networking events specifically for ethnic minorities, to boost my chances of meeting other black PR professionals in senior leadership positions.